After a year away from the Edinburgh Festival, Gentleman Adventurer opened in 2010 aboard a leaky pirate ship in the middle of the Pleasance courtyard.

All the adventures Tim had been storing up over the preceding year tumbled out: inflatables down olympic ski runs, the dangers with paragliding and marriage and his greatest adventure to date - becoming a Dad. The audience numbers were up and the rain came down to see Tim at his best fighting to preserve a way of life...albeit a totally ridiculous one.

"he is a true delight to behold"
- Three Weeks

"FitzHigham has a brilliant air of enthusiasm"
- British Comedy Guide 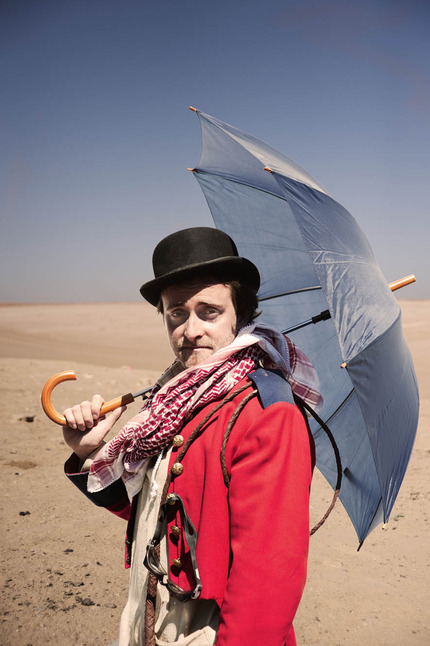